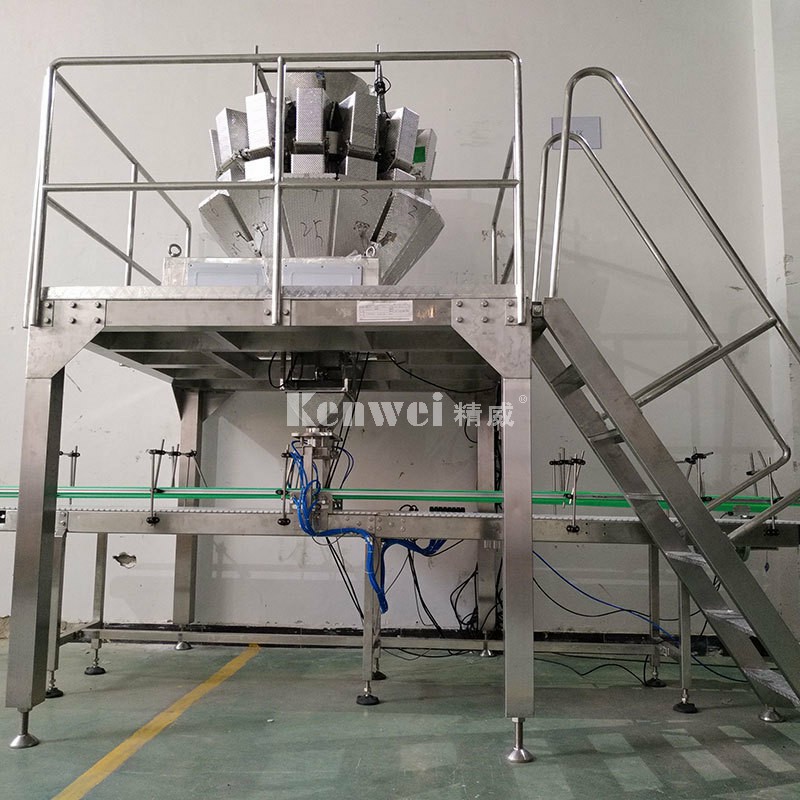 In the past, domestic food manufacturers generally adopted the capacitive cup type or common electronic weigher in the quantitative weighing process,

and the domestic food manufacturers were really able to afford the multihead weigher, thus realizing the benefits of advanced weighing equipment with

high performance. One of the main reasons is the high value of the imported portfolio weigher. Kenwei has become one of the largest manufacturing

combination weigher has very fine workmanship, and has unique functions that customers pay more attention to, such as material cutting in turn,

and material collecting hopper sorting processing system.There's a lot of different languages that can be converted to a very large color LCD display,

digital load cell is adopted, with a speed of 130 balan/min, with an average accuracy less than or equal to 0.5 g, with extremely high cost performance.

provide marketable products, thereby reducing the cost of customers in terms of service, that is a reflection of Kenwei  company specializing in the

implement the agency system and keep promises, reduce the worries of customers, this is the integrity side of Kenwei. In the technical aspect of the

refiner's combined scale, the multihead weigher that would otherwise be regarded as a "noble product" is no longer a patent for the large enterprises,

and the more advanced and efficient food enterprises in the world will eliminate the manual weight packaging production line of the fee of the past time,

so that the high technology and the more automated combined weight weighing packaging system is gradually becoming popular around the world.

In the emergence and sales business of the domesticallymade integrated scale, the computer combining weigher, which originally was regarded as

the "noblemen product", was no longer the patent of some of the leading food manufacturers, and a new trend of improving the performance of the