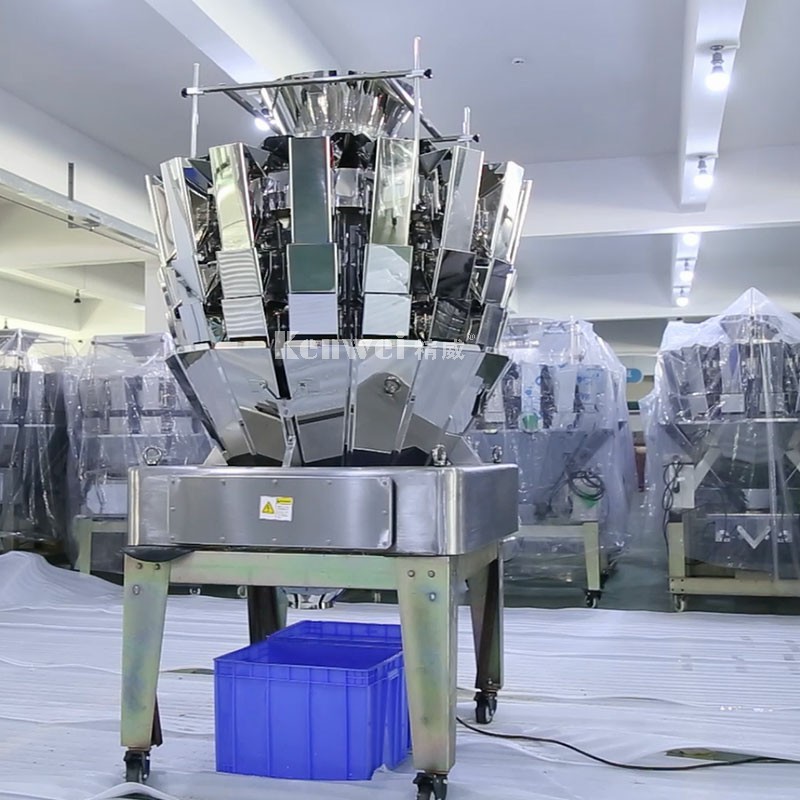 Since its introduction in the 1970s, the combination scale has been widely used in food, medicine, chemical and other industries. It solves the problem of metering and packaging of uneven materials, with high measurement accuracy, fast packaging speed and high reliability, especially for some high-value granules or block products, fast and accurate quantitative packaging can be achieved, the precision can be controlled within ±1 gram, and the fastest weighing speed is 240 packs/min. Because the imported combination scale is very expensive, its application is limited.

Successive analog-to-digital converter, which has high conversion speed and precision, low power consumption and a power-down mode of only 10A. The conversion time is 9.4s, with single and dual polarity inputs and tri-state serial Data output mode, with sample and hold circuit. The A/D conversion process is controlled by a single chip or a PLC.

There are 20 hoppers in the hopper and weighing hopper. In order to make the door open and close smoothly and prevent material damage and stuffing, each hopper is driven by a step motor.

When the combination weigher is working, it must complete the capacity of 70 packs / min (1 pack / s) or more, that is, complete the weight detection, combination calculation, find the best combination, etc. in at least 1 s to complete the packaging, in which the combination calculation More time-consuming, high-performance single-chip or PLC, can directly complete the detection, calculation, control output, not only meet the accuracy requirements of the real-time control of the combination scale, but also meet the packaging speed requirements, is a more effective control method. When the control system works, the MCU or PLC sends a signal to the multi-way switch, and 10 load cells are selected in time. The signal is amplified, A/D converted, input to the MCU or PLC, and combined calculation of 10 input values. Get a set of weighing hopper numbers where the best combination is located, control the speed and direction of the corresponding stepping motor according to the number, make the group door open, complete the unloading, and then close the material door; the material level in the storage hopper is detected by photoelectricity Switch detection. In addition, the system also designed display, alarm and keyboard circuits to make the system more complete.

Guangdong Kenwei Intellectualized Machinery Co.,Ltd.has become a professional manufacturing base for large-scale combination scales in China. It is the first in China to receive the “Guangdong Province Industry-University-Research Technology Project Combination Award” in the field of combination scales. "In honor of the company, in 2017 relying on the support of more than 800 new and old customers from 87 countries and abroad, to achieve sales of more than 5,000 sets of weighing packaging equipment, 2018 Kenwei company layout semi-automatic production mode, refine the sub-components The specialized production mode can achieve 7,000 sets of production capacity while accelerating the production cycle. Kenwei has undoubtedly become a brand that the packaging machinery industry relies on.