Analysis on the Development of Intelligent Multihead Weigher

Analysis on the Development of Intelligent Multihead Weigher

(1) Definition of the intelligent combination weigher 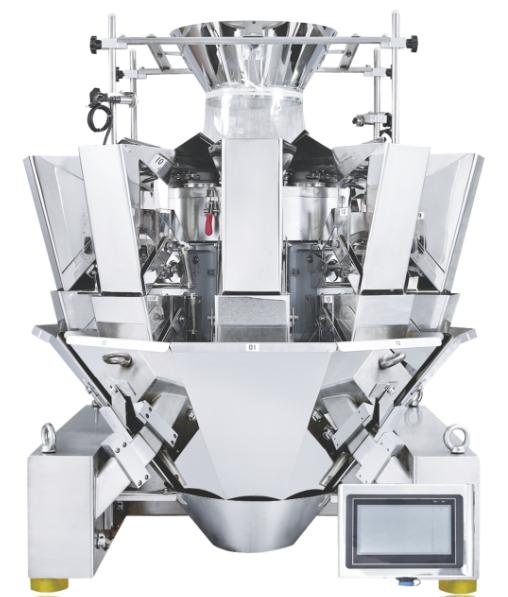 (2) Structure and principle of the intelligent combination weigher

The hopper part includes a feed hopper and a weighing hopper, that is, the mechanical part of the data collection of the machine operation and the weighing of the material combination.

The machine frame part includes the machine frame, that is, the installation location of the electric device. The weighing part is composed of a weighing sensor, etc., that is to accurately detect the weight of the material and generate an analog signal, which is an important part of the product.

Structure diagram of intelligent combination weigher, as shown in Figure 2. 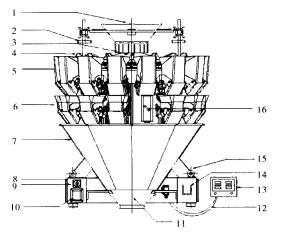 China's intelligent multihead weigher industry started in 2004. After years of development, it has become a complete industrial chain integrating core technology, independent research and development, large-scale production and sales, and a number of large-scale enterprises with international production levels have emerged, such as Highdream. Smart, Guangdong Kenwei, etc. Due to the high weighing accuracy, fast speed, stable performance, and price of about 1/2 to 1/3 of the products of developed countries, China's intelligent combination scale products are exported to Europe in addition to meeting the domestic market. , South America, Southeast Asia, Middle East, Africa, and other countries and regions, have a greater influence in the world's intelligent combination scale market.

China's combination weigher industry started in 2004. After years of development, it has become a complete industrial chain integrating core technology, independent research, and development, large-scale production, and sales. Among domestic enterprises, products such as Highdream Intelligence and Guangdong Kenwei are leading. These enterprises started later than foreign enterprises, but by continuously improving their technical level and product quality, they gradually narrowed the gap with foreign enterprises In terms of product cost performance, it occupies a large competitive advantage. The products of domestic enterprises have been exported to many countries and regions, occupying a certain market share in the global intelligent combination scale market. For example, the intelligent combination scale of Guangdong Kenwei Intellectualized Machinery Co., Ltd. has been exported to more than 90 countries and regions around the world, serving more than 1500 customers worldwide. Others are mainly small-scale production enterprises. Due to the barriers of technology, brand, manufacturing capacity, and capital formed by the development of the industry, most of these small enterprises do not have a competitive advantage. (As shown in Table 1 )

With the progress of society and the improvement of people's quality of life, most of the commodities sold in shopping malls and supermarkets are now quantitatively packed. In recent years, with the popularization of China's industrial automation production and the increase in labor costs, intelligent combination weigher has the characteristics of high weighing accuracy, fast speed, stable performance, etc., and are more and more widely used in many industries in China. Especially in the field of food, intelligent combination weigher have been applied on a large scale, and are increasingly used in Chinese medicine, chemical industry, tea, feed, seed, and other industries. Intelligent combination weigher has become the highlight of the development of automatic weighing instruments.

In the context of "Industry 4.0" and "Made in China 2025", the economic "new normal" has brought some structural changes to the food industry. With the aging of the country and consumers' more attention to the quality of life, healthy drinks will become the future One of the main melody. Therefore, it is the future development trend to build a smart factory in the future, lead the industry to change, and build an efficient, energy-saving, green, environmentally friendly, and comfortable humanized factory.

The intelligent workshop is a digital platform based on intelligent hardware in the Internet of Things. It runs through the five major production factors "human, machine, material, method, and circle", and is built from three major dimensions. Change ". Synchronous data collection technology is applied to the entire line of enterprise internal logistics traceability, manufacturing engineering configuration, production, and quality process control, providing a reliable decision basis for the readjustment of the planning system.

Intelligent warehousing is a link in the logistics process. The application of intelligent warehousing performs automated wireless data collection and wireless data on the data of various operations such as warehouse arrival inspection, warehousing, warehousing, transfer, warehouse shift, inventory counting Update to ensure the speed and accuracy of data input in all aspects of warehouse management, to ensure that the enterprise has timely and accurate control of the real data of the inventory, and to reasonably maintain and control the enterprise inventory.